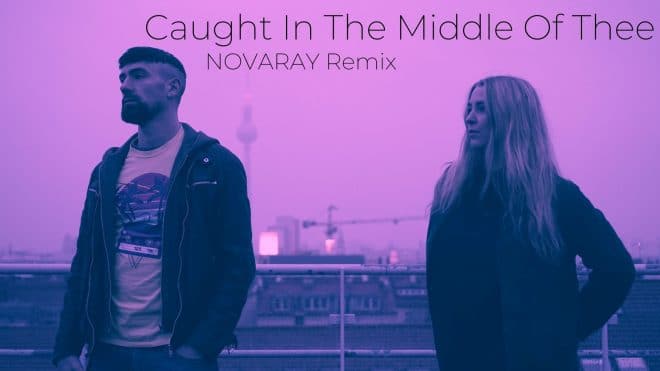 2. Caught In The Middle Of Thee … The Downbeat/Ambient remix. By German ambient/downbeat artists Thomas Lemmer & Andreas Bach. Remixes fascinate me …

turning an existing piece of music into something totally different, giving it new clothes to wear, new colours to shine in … how amazing!

Thomas Lemmer & Andreas Bach about “Caught In The Middle Of Thee“: „Valeska’s song „Caught In The Middle Of Thee“ immediately convinced us to create a remix of it. Her expressive voice and the emotions the song evokes touched us deeply. We imagined an organic sounding downtempo version with ambient influences as a remix. We wanted to support the overall mood of the song with an ethereal sound design and a love of detail. We love it when music has great depth and Valeska conveys it perfectly with her emotional voice.“

All Is Forgotten Out Now

Ether – We Are All Astronauts & Valeska Rautenberg

Sign up for my newsletter and I’ll keep you informed about new releases, gigs near you and how you can participate in my upcoming music videos! Come on board and I’ll tell you more… And the best thing: If you sign up I’ll send you an exclusive private stream of an unreleased song. Deal? ;-)
Diese Website benutzt Cookies. Wenn du die Website weiter nutzt, gehen wir von deinem Einverständnis aus.OKWeiterlesen